Why the Pope Weaponizes Ambiguity 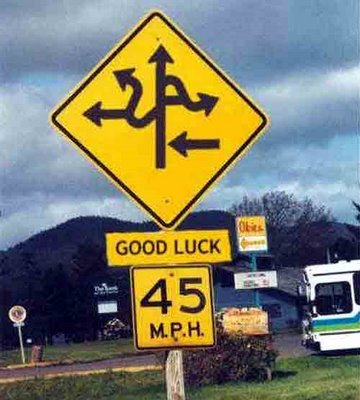 Ok…so what’s the deal here?  The Vatican issues a document titled Amoris Laetitia (“The Joy of Love”).  As written, the document seems to indicate that, in an undetermined number of cases, it may be permissible for Catholics who are divorced and living together in subsequent non-sacramental marriages to receive Holy Communion.

That’s the problem.  The document, as written, is ambiguous, vague, and open to interpretation (and, of course, misinterpretation).

As a former military guy, we used to get orders which were vague, unclear, or confusing all the time.  If we didn’t fully understand the orders, we were supposed to ask questions.  We were expected to ask questions.  If we just shrugged, gave it our best guess and went off half-cocked, things usually went poorly.  Then, when standing tall in front of that long green table, we’d inevitably be asked “If the orders weren’t clear to you, why didn’t you ask?”

Well, the publication of Amoris Laetitia generated plenty of confusion among Catholics, both the rank & file laypeople, priests, bishops and even cardinals.  What the heck were we supposed to make of this papal exhortation?  How was it supposed to be implemented?

Several leaders within the Church did what any good soldier should do:  they requested clarification.  As written, the orders (Amoris Laetitia) were confusing and ambiguous in parts.  Four cardinals, including Cardinal Burke, requested clarification in a formal procedure which involved submitting a “Dubia” in which they raised doubts about what exactly it was they were supposed to be doing.

Were clarifications from “headquarters” forthcoming?  Nope.  Not yet, anyway.

And with that ambiguity came the inevitable misinterpretations.  Some dioceses continued with the current policies regarding divorced and remarried Catholics, while others implemented very new, very liberal, and (one might say) very radical interpretations of Amoris Laetitia.   Even though it was clear that different “subordinate commands” within the Church were interpreting/implementing the document in completely opposite ways, still there was no clarification forthcoming from the Vatican.

Why in the heck not?

I haven’t been privy to any of the Pope’s daily briefings (if he conducts such things), so I have no way of knowing what his intentions and motives are.  Not a clue.

What I do understand, however, is that if orders are written which are intentionally vague, there might be a very distinct reason for that.

In an article written for The California Law Review titled “Obeying Orders: Atrocity, Military Discipline, and the Law of War,” University of Iowa law professor Mark Osiel examines the issue of culpability when it comes to issuing and obeying illegal orders, and the part such orders play in the chain of events leading to military atrocities.  Here are some of the things he says:

Deliberate ambiguity in the wording of orders often leads atrocity by bureaucracy to blur into atrocity by connivance… For a common soldier to be liable for disobeying a superior’s order, the order must attain a reasonable degree of specificity, according to the military law of most Western nations. Such an order, as one military lawyer writes, “is a specific mandate to do or refrain from doing a particular task…[I]t must particularize the conduct expected, or there cannot be any offense against it: an order to… perform one’s duties [for instance] does not meet this requirement. Legal ambiguity thus has very different effects on the potential liability of superiors and subordinates. For subordinates, it is exculpatory; for superiors with decision-making capacity, it is not. This is of considerable practical importance, because any order calling for atrocities is likely to be willfully opaque.

“Any order calling for atrocities is likely to be willfully opaque.”  What atrocities are contained in the papal exhortation?  Isn’t that going a bit overboard?  Hard for me to say.  I suppose it’s rather atrocious to take Christ’s words on the subject of divorce and upend them entirely, isn’t it?  Mr. Osiel continues:

Thus, a key problem with requiring that an order be manifestly criminal on its face, in order to hold subordinates liable for obeying it, is that this approach easily permits the superior officer who desires atrocity to formulate his orders in ways that ensure that soldiers obeying them are excused from criminal liability. It takes no great measure of verbal artistry to do this, for the slightest vagueness in his orders will generally introduce enough doubt about their unlawfulness in the mind of the average soldiers to excuse his obedience to them. This is because the manifest illegality rule authorizes soldiers to resolve all legitimate doubts about legality in favor of obedience.

Again, I’ll readily admit that comparing the whole issue of Communion for divorced & civilly remarried Catholics to wartime atrocities is really pushing the envelope, so let me step away just a bit to put it in less inflammatory terms.

If, when Amoris Laetitia was promulgated, the ambiguities were unintentional, the first three items described above would have taken care of things.  The papal exhortation has some confusing parts in it; some cardinals submit a Dubia, and the Pope addresses those confusing bits head-on, clearing up all the confusion.  Everybody proceeds on the same sheet of music, remaining fully in sync with the Magisterial teachings of the Church on the painful topic of divorce and remarriage.  No harm; no foul.

So far, that hasn’t happened yet.  As faithful Catholics, we should pray earnestly that it does.