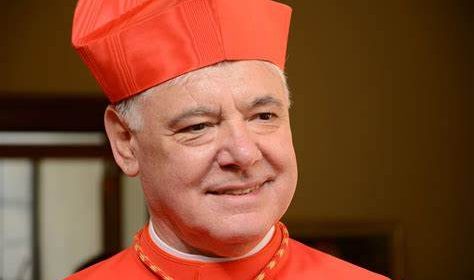 The upcoming Amazon Synod is going to be a big deal. That’s not just some hokey blogger going by the odd moniker “CCM” jabbering (though he is, most admittedly, prone to jabber). According to Katholische.de, the official website of the German Catholic Bishops, Bishop Franz-Josef Overbeck, the ordinary of Germany’s Essen diocese, told reporters that the October Synod in Rome will lead to a “break” in the Church and that “nothing will be the same as it was.” Not all Germans are in agreement as to the benefits to be realized from the synod. As you might expect Gerhard Cardinal Mueller has a considerably different opinion.

Cardinal Mueller’s analysis (from a Catholic News Agency article dated 16 July 2019) is divided into three parts, which we’ll promulgate over the next couple of weeks. The full text of Cdl. Mueller’s remarks can be found here:   https://www.catholicnewsagency.com/news/full-text-of-cardinal-muellers-analysis-on-the-working-document-of-the-amazon-synod-78441

Part One: Methodology and Ambivalence

Nobody would question the goodwill of all those involved in the preparation and implementation of the synod for the Church in the Amazon, nor their intention of doing everything possible to promote the Catholic Faith among the inhabitants of this vast region and its fascinating landscape.

The Amazon region is to serve for the Church and for the world “as a pars pro toto, as a paradigm, as a hope for the whole world.” (IL 37) The very wording of these terms of reference suggest the notion of an “integral” development of all of humankind at home on the one Earth, for which the Church now declares herself responsible. This notion appears again and again in the text of the Instrumentum Laboris (IL). The document is divided into three parts: 1) The Voice of the Amazon; 2) Integral Ecology: The Cry of the Earth and of the Poor; 3) A Prophetic Church in the Amazon: Challenges and Hope. These three parts are put forward following a pattern also applied in Liberation theology: Seeing the situation – judging in light of the Gospels – acting to achieve better living conditions.

As is so often the case when texts are produced as a team effort, by groups of people with a similar mindset contributing, there are many tiresome redundancies. If one were strictly to take out all the repetitions, the text could easily be cut down to half the length or less.

The main problem however is not quantitative, is not the excessive length. Rather, it is the fact that the key terms are not clearly defined and then excessively deployed: what is meant by a synodal path, by integral development, what is meant by a Samaritan, missionary, synodal, open Church? By a Church reaching out, the Church of the Poor, the Church of the Amazon, and other such terms? Is this Church something different from the People of God, or is she to be understood merely as the hierarchy of Pope and Bishops, or is she a part of it, or does she stand on the opposite side of the people? Is the term People of God to be understood sociologically or theologically? Or is she not, rather, the community of faithful, who, together with their shepherds, are on the pilgrimage unto eternal life? Is it the bishops who should hear the cry of the people, or is it God Who, just as He once did it with Moses during Israel’s slavery in Egypt, now tells the successors of the Apostles to lead the faithful out of sin and apart from the godlessness of secularist naturalism and immanentism unto his salvation in God’s Word and in the Sacraments of the Church?