What if your father did this to you? 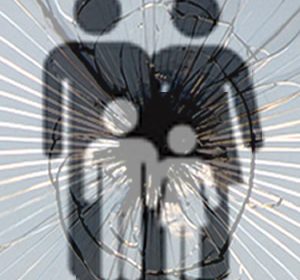 Imagine yourself as a child, and the following happens to you:

You, of course are horrified at what you’ve heard, because this has turned your world upside down. These allegations by your father’s friend have shattered your sense of safety, and calls into question everything you believed about your parents. You refuse to believe it’s true. How could it be?! Surely your father’s friend is wrong!

But…you never receive those assurances from your Father.

Once your father learns of his friend’s conversation with you, he never actually says anything to you directly about this. Instead, he has one of his co-workers write you a little note saying that what your father’s friend told you wasn’t entirely accurate, that their conversation didn’t exactly go down that way, that the friend had a bit of a faulty memory.

Are you happy now? Everything A-OK and back to normal? Are you just as confident in your family’s well-being now as you were before that horrible man ever spoke to you in the first place? Are you assured that nothing is wrong?

Perhaps you are so desperate for things to remain stable in your family that you grasp at this terse explanation offered you by your father’s co-worker then shove the incident out of your memory, vowing to never even think of it again.

The actions of the father in our hypothetical story are deserving of severe criticism. What kind of father would fail to reassure his confused and hurting children after being assailed by such an incident?

Now, consider what our father in the Faith, Pope Francis, did to his spiritual children on October 9th, 2019:

A prominent Italian journalist who frequently interviews the pope for the Italian Journal La Republica said that Francis doesn’t believe that Jesus was God. In the article, Eugenio Scalfari says of Pope Francis “Those who, as it has happened many times with me, have had the luck of meeting him and speaking to him with the greatest cultural intimacy, know that pope Francis conceives Christ as Jesus of Nazareth, man, not God incarnate. Once incarnate, Jesus ceases to be a God and becomes a man until his death on the cross.” Scalfari went on to say, “When I had the chance of discussing these words, pope Francis told me: ‘They are proven proof that Jesus of Nazareth, once having become a man, was, though a man of exceptional virtues, not at all a God.'”

Any Catholic who denies that Jesus Christ is both fully God and fully Man is engaging in the heresy of Arianism. 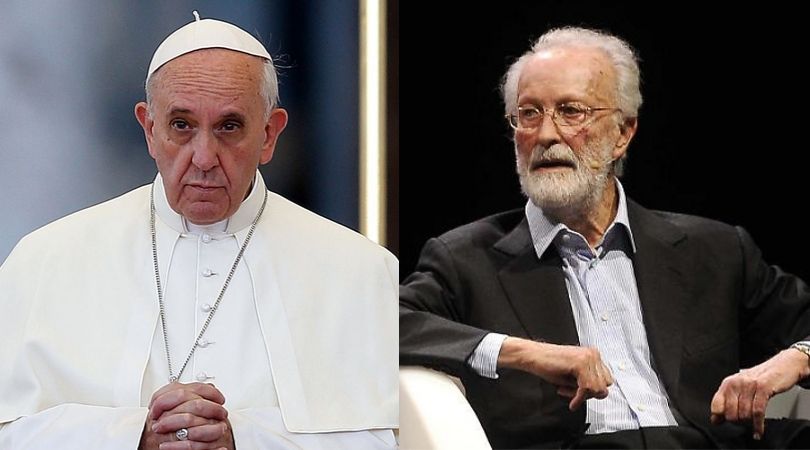 Pope Francis and Eugenio Scalfari: What is going on here?

How did the pope respond to this alarming news splashed across the headlines? Faithful Catholics are (or should be) aghast at such an allegation. Christ’s Vicar saying that Christ wasn’t God while He was on earth? It’s disturbing that any priest should even hint at such a thing, but the Holy Father himself?!

And how did the Pope respond to this firestorm?

In the hours after the story broke, the press office for the Holy See attempted some damage control. It released a statement clarifying that Scalfari’s text is not an accurate representation of the pontiff’s words:

As has been affirmed on other occasions, the words that Dr. Eugenio Scalfari attributes between quotes to the Holy Father during his colloquies held with him cannot be considered as a faithful account of what was effectively said, but represent rather a personal and liberal [loose] interpretation of that which he heard, as appears entirely evident from what was written today concerning the divinity of Jesus Christ.

In other words, “What your father’s friend said isn’t exactly your father said about your mother.”

If we can think of the Pope as our spiritual father on earth, we also think of the Church as our Mother. What Scalfari alleges calls into question the very foundation of our Faith. To say that Christ is not divine is to call Mother Church a liar.

Given the gravity of what has been alleged, do you not think it prudent—if not mandatory—that the Holy Father address this directly? Should he not immediately and without equivocation or the slightest hint of nuance declare that he believes that Our Lord Jesus Christ, the Second Person of the Holy Trinity, is both fully God and fully Man, and that he remained fully God from the moment of He took on human flesh in Mary’s womb?

Why wouldn’t he say that? Why wouldn’t he make a positive affirmation of Faith rather than have some mealy-mouthed spokesman say, “Ummm, that’s not exactly the precise words the Holy Father said in his conversations with Scalfari…”

Given that this broke during the first week of the Amazon Synod, replete with its parading of pagan idols into our holy churches, the Pope’s actions this past week are disturbing indeed.

What are we, his children in faith, to make of this?