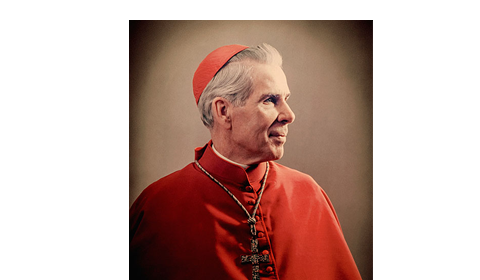 Editor’s Note:  Yeah, it’s been a weird year. May God be praised that it is almost over!  We now approach an equally uncertain 2021, but between now and then, we celebrate God’s greatest intervention in human history!  He has intervened many times throughout history to save His people.  May He intervene once more in the affairs of man, and once more we pray that—at this season of Hope and Redemption—that the Divine Assistance may always be with us!  From all of us here at CatholicCyber-Militia.com (that’s me, and occasionally one other guy), may you and your family receive abundant blessings this Christmas!

Blessed Fulton Sheen, pray for us!  Here are some of his thoughts on this most holy of nights, taken from his book Life of Christ: 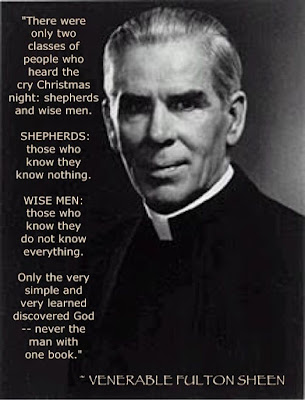 [E]very other person who ever came into this world came into it to live. He came into it to die. Death was a stumbling block to Socrates — it interrupted his teaching. But to Christ, death was the goal and fulfillment of His life, the gold that He was seeking. Few of His words or actions are intelligible without reference to His Cross. He presented Himself as a Savior rather than merely as a Teacher. It meant nothing to teach men to be goo unless He also gave them the power to be good, after rescuing them from the frustration of guilt.

The story of every human life begins with birth and ends with death. In the Person of Christ, however, it was His death that was first and His life that was last. …

The manger and the Cross thus stand at the two extremities of the Savior’s life! He accepted the manger because there was no room in the inn; He accepted the Cross because men said, “We will not have this man for our king.” Disowned upon entering, rejected upon leaving, He was laid in a stranger’s stable at the beginning, and a stranger’s grave at the end. An ox and an ass surrounded His crib at Bethlehem; two thieves were to flank His Cross on Calvary. He was wrapped in swaddling bands in His birthplace, He was again laid in swaddling clothes in His tomb — clothes symbolic of the limitations imposed on His Divinity when He took a human form. …He was already bearing His Cross — the only cross a Babe could bear, a cross of poverty, exile and limitation. His sacrificial intent already shone forth in the message the angels sang to the hills of Bethlehem:

This day, in the city of David

A Savior has been born for you,