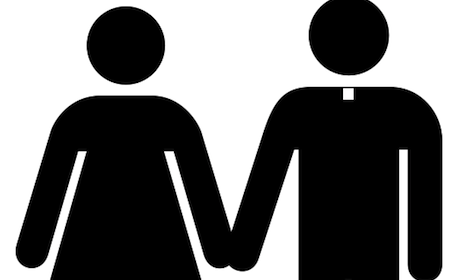 Since the issue of priestly celibacy is going to be one of the “hot button” topics addressed at the upcoming Synod on the Amazon, it might be informative to hear what a prominent African prelate has to say on the matter. 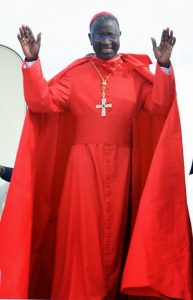 What Cardinal Sarah has to say on the topic of priestly celibacy is certainly worth hearing…but will he be heard at the Amazon Synod?

Here are some excerpts from address given by Robert Cardinal Sarah at Église Saint  François-Xavier in Paris, May 25, 2019, just hours after he visited the Cathedral of Notre-Dame of Paris following the catastrophic fire which nearly destroyed it. The link to the entire article can be found at the bottom.

I often hear it said that priestly celibacy is only a question of historical discipline. I firmly believe that this is false. As we said above, celibacy reveals the very essence of Christian priesthood, namely the perfect configuration and total identification of the priest with Christ, High Priest of the New Covenant and of the good things to come (Heb 9:11). In this sense, the priest is not only an alter Christus, another Christ, he is truly ipse Christus, Christ himself. By the Eucharistic consecration, he is totally configured to Christ, he is so to speak “transubstantiated,” transformed, changed into Christ. And because Christ and the Apostles lived in perfect chastity and celibacy as a sign of their total and absolute gift to the Father, it is thus fundamental today as well to see celibacy as a vital necessity for the Church. To speak of it as a secondary reality is hurtful to all the priests of the world!

I am deeply persuaded that the relativization of the law of priestly celibacy will reduce the priesthood to a simple function. But priesthood is not a function but a state. To be a priest is not first and foremost to do something, but to be something. It is to be Christ; it is to be the extension of the presence of Christ among men. Christ is truly the Church’s spouse. He loved the Church and gave himself up for her “in order to make her holy by cleansing her with the washing of water by the word, so as to present the church to himself in splendor, without a spot or wrinkle or anything of the kind—yes, so that she may be holy and without blemish” (Ep 5:25-27). The priest for his part gives himself as Christ was given for the whole Church. Celibacy manifests this gift, and is its concrete and vital sign. Celibacy is the seal of the Cross on our priestly life! It is the cry of the  priestly soul proclaiming its love for the Father and its total gift of self to the Church!

The desire to relativize celibacy leads to scorning this radical gift that so many faithful priests have lived since the day of their ordination. I want to shout with so many of my fellow priests my profound suffering in the face of this scorn for priestly celibacy! Of course, there can be weakness in this domain. But he who falls rises immediately and pursues his way following Christ with more fidelity and determination.